Gaming tournaments were a thing since the early 70s’ but never have they attracted so much attention like they are doing now. This is because of the current gaming industry that really started to grow more rapidly in the early 2000s. However, even if these new events have a massive fan base how do they stack against regular sports?

Well, that’s not an easy question to answer. If we view them as a whole then they are doing pretty well, but that would be like asking someone what is the most popular casino game and they replied to you that it is slots. Sure there are best slots sites out there where you can find content with lots of players, but in general, some of these games aren’t played at all. So, we should not view eSports or sports as just entities that are sharing the entire fanbase.

Viewership in the US

One thing to remember is that young people love to watch both eSports and regular sports, so chances are these events share the same viewers. So, when you stack all eSports views vs each individual popular sport in the US, you get a result where only the NFL can outperform eSports.  However, you would still be surprised if we were to isolate only one competition or game from the eSports groups. League of Legends by far has the biggest viewer base, and they are indeed outperforming many of the regular sports events in the US. 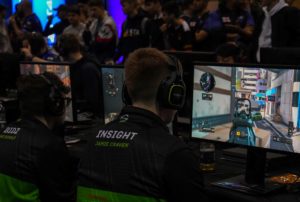 Sports carry a certain degree of cultural tradition and national identity, whereas gaming tournaments are still new. We are living in a culture where trends come and go, and even games that were huge at some point in time, don’t have the same hype. So, there is a sense of uncertainty when it comes to video game tournaments. Nobody doubts that they will always be popular, but the question is whether the games that are currently playing like League of Legends, Counter-Strike, and DOTA 2, will be as popular in the future.

So far all of those titles have done an incredible job at staying relevant, and are probably the best contenders to stick around for the years to come. Alternatively, we can look at them as genres, and speculate whether FPS and MOBA eSports will be as popular as they are today. Chances are they will.

This has become one of the most profitable industries of today and has spawned jobs and careers that never existed before. We have gaming coaches and gaming academies, so as long as those things are performing well and more funds are funneled into eSports-related businesses, then they will likely reach the same level as soccer.

Each new generation brings more gamers into this world, and those are all additional eSports fans. Therefore, there is no reason for us to doubt that something like this will inevitably happen.

Hobbies are an important part of our life, they can be entertaining, or they can be a potential career path that we haven’t pursued so far. Basically, they are something that resonates with us, makes us feel good, and in many cases brings a sense of fulfillment.

For many people out there a certain sport acts as their hobby. Whether they pursue this professionally or not, sport can be an amazing hobby for multiple reasons. So, let’s see what are some benefits to having a sport as your favorite pastime activity. 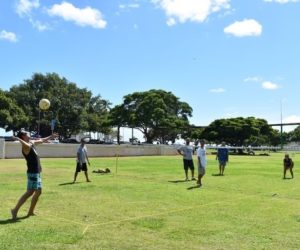 We live in a world where it’s quite common to spend most of your day behind the desk. So, we take up some physical exercise in order to say healthy but in most cases, it is perceived as a chore. Those who love sports or train are truly blessed as they have that additional drive for physical exercise. This means you can easily motivate yourself to run more, and if you also have a desk job it really benefits you.

Another upside to having this hobby is that you socialize more. People who love to play football or basketball, get together with their friends more often to compete. This is also how new friendships are forged but they don’t necessarily get together to play. They can all watch the pros play together, or even play sports video games.

You Can Blog or Create Videos

Another good way to channel your passion is to create content. If you really love a certain sport and are fully up to date with all the latest news, you have a golden opportunity. You can write your own reviews, create video documentaries, and make very entertaining content for the masses. Some sports are really popular and people love to have online discussions or debates on the topics which team is better. You have the potential to accumulate a massive audience which can be very lucrative down the line. 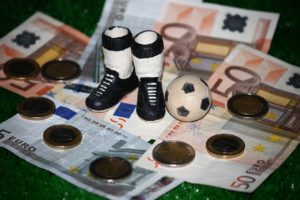 Those who closely follow the sports scene have way better chances of winning when it comes to sports betting. The algorithm that is used to generate odds doesn’t take into account all of the factors. Someone who is a sports fan and who knows different teams very well has a better chance of guessing who will come on top.

These were some of the main benefits of having sports as a hobby but there are many more. You can end up becoming a commentator for big matches if you really learn how to do that. You can be a coach, a streamer if you are good at games, or you might end up buying some collectibles that will be worth a fortune in the future.

The competitive spirit is the driver for billions of people worldwide. When you put a couple of competitive people together, you’ll see them quickly come up with competitive activity. That’s how sports we know today came to be. People use Ladbrokes Promo Code to have more fun while watching numerous sports events.

However, while everyone enjoys watching sports such as soccer and rugby, there are plenty of sports you never heard of. While they’re not as popular, they’re very entertaining. Let’s take a closer look at a couple of exciting sports.

Have you ever seen competitors go toe-to-toe, but literally? That’s exactly what this sport is. This British sport started back in 1976. While it hasn’t gained much popularity, it’s worth watching two grown men wrestle with their toes.

Both competitors take their shoes and socks off and interlock toes until one of them successfully “pins” the other.

Polo is a trendy sport with millions of fans worldwide. One of its variants is the Elephant Polo, played in India, Nepal, and Thailand. Given the complexity of riding an elephant, there are two people on the elephant’s back. One of them steers the elephant in the right direction, while the second one hits the ball.

A just animal treatment in the sport is regulated by the World Elephant Polo Association. 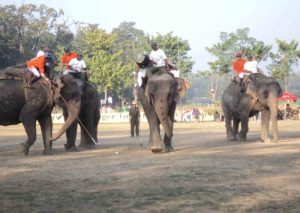 If you think this sounds painful, you’re right! Shin Kicking is a sport in which two competitors fight each other by kicking themselves in the shin. The goal is for one opponent to take the other one to the ground.

Do you want to enjoy a Shin Kicking tournament? You can see competitors duel at Cotswold Olympic Games in Dover’s Hill. It’s the World Championship which means you’ll enjoy the participation of the strongest fighters in the sport.

This sport is probably the result of people thinking: “What’s the hardest version of Hockey we can make?” Underwater hockey, also known as Octopush, involves two teams that try to push pucks in the opposite team’s goal. The pucks are at the bottom of the swimming pool, and players use short sticks to move them.

It’s a tough sport as players have to swim vertically and horizontally to get air and get quickly to a puck. The first World Championship was in 1980.

Gloucestershire hosts a fantastic annual competition on Cooper’s Hill. Competitors gather in the hot pursuit of a giant cheese wheel that rolls down the steep hill. It sounds like a simple game, but the steepness of the slope makes the chase incredibly challenging. Plenty of competitors went through severe injuries during their chasing adventures.

The sport was only popular locally until it went viral on YouTube, where millions of viewers had a good laugh watching people fall and roll down the hill.

Wife Carrying originated in Finland. The competitors pick up their wives or their neighbour’s wives according to the rules. The only rule is that she is older than 17. While the World Championship is in Finland, there are other competitions globally.

For example, in North America, competitors fight for awesome prizes such as wife’s weight in beer, money, and eligibility to attend the finals.